With Additional Hints for People Who Have Trouble Distinguishing Between Colours

Toby (@kluepfel on Twitter), who is part of the Lost Cities team, wrote a post on his blog recently about the Lost Cities user interface. We thought we’d share the post with you here.

I’ll touch on some of the more subtle parts of the UI which can be very useful, if you know how to make use of them.

Those lamps up there above the lanes show you into which lane your opponent played their last card. 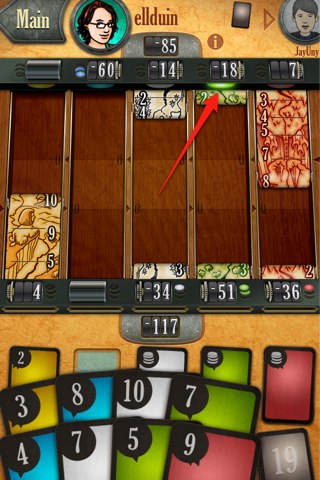 If your opponent didn’t play a card, but discarded instead, his last discard is placed a bit askew on the discard pile. 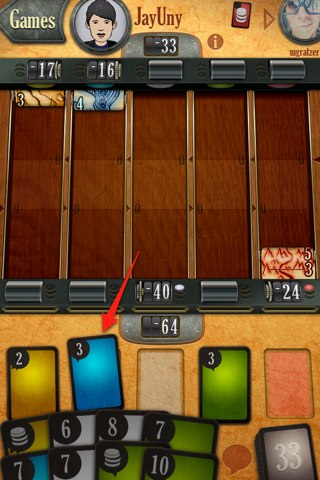 That tiny card up top right shows you what your opponent last drew. If the card shown is face up, they drew it from a discard pile. If it’s face down, they drew it form the draw stack (and we’re not telling you what it was ;P) 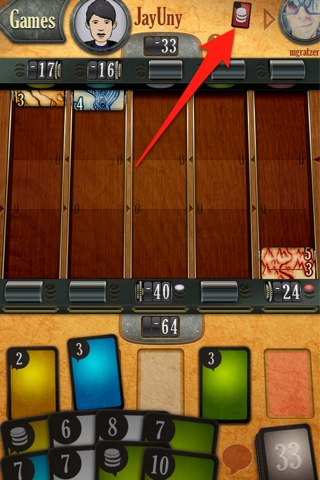 The card you last drew sticks out a little bit from your hand. If you missed the drawing animation, looking for this is a quick way of checking which card is new. 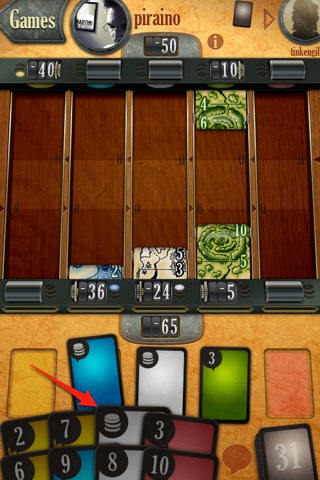 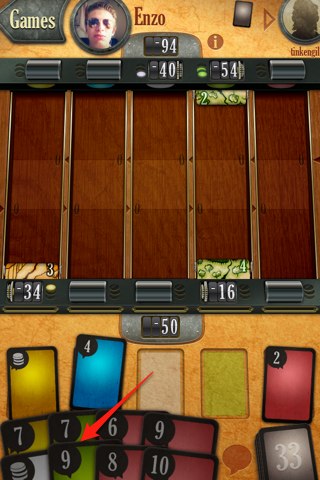 We noticed there are a number of people who have trouble telling the colours of the cards apart. So we decided to do something about it. Several things, in fact. 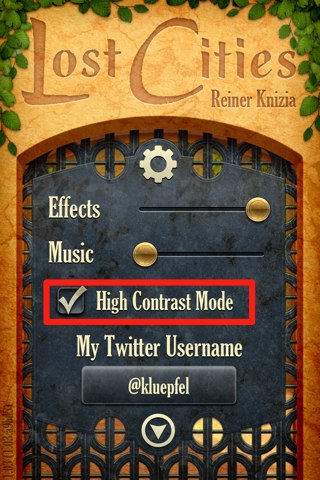 Turn this on in the settings, and the game board looks like this: 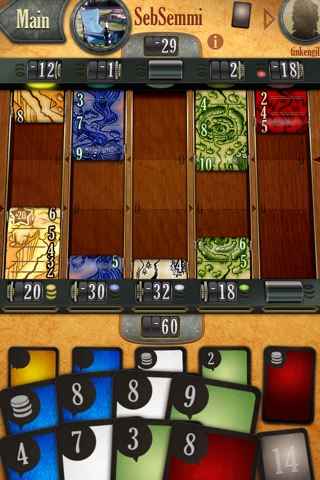 This mode may make it easier to distinguish colors. The “empty” cards on the discard piles are there to give a better contrast, and to show which color indicators (see Number 2) go with which lane.

2. Indicators on the cards

If you look closely at the points labels on the cards, you may notice some spiky bits standing out downwards from the numbers. Let me tell you a secret: They are not there by coincidence (gasp)! The number and placement of the spikes indicate the color of the card. It’s easy to memorize: No spikes means center lane, and 1 or 2 spikes to a side mean 1 or 2 lanes to the left or right (depending on the which way the spikes are pointing).

So, to fully enumerate all colors: 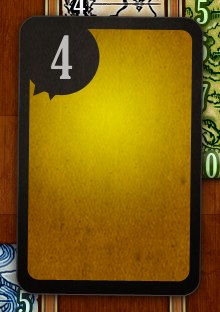 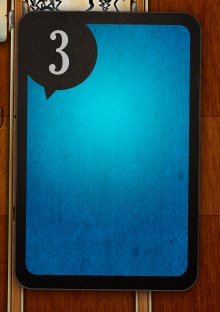 Blue
(1 to the left from the center lane) 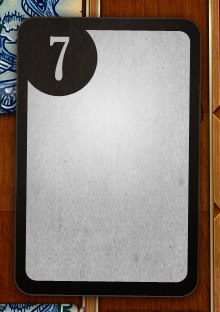 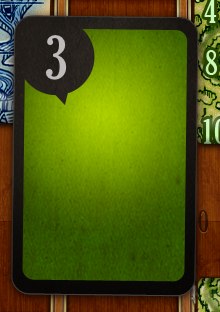 Green(1 to the right from the center lane) 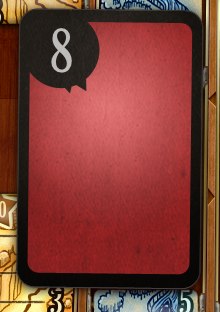