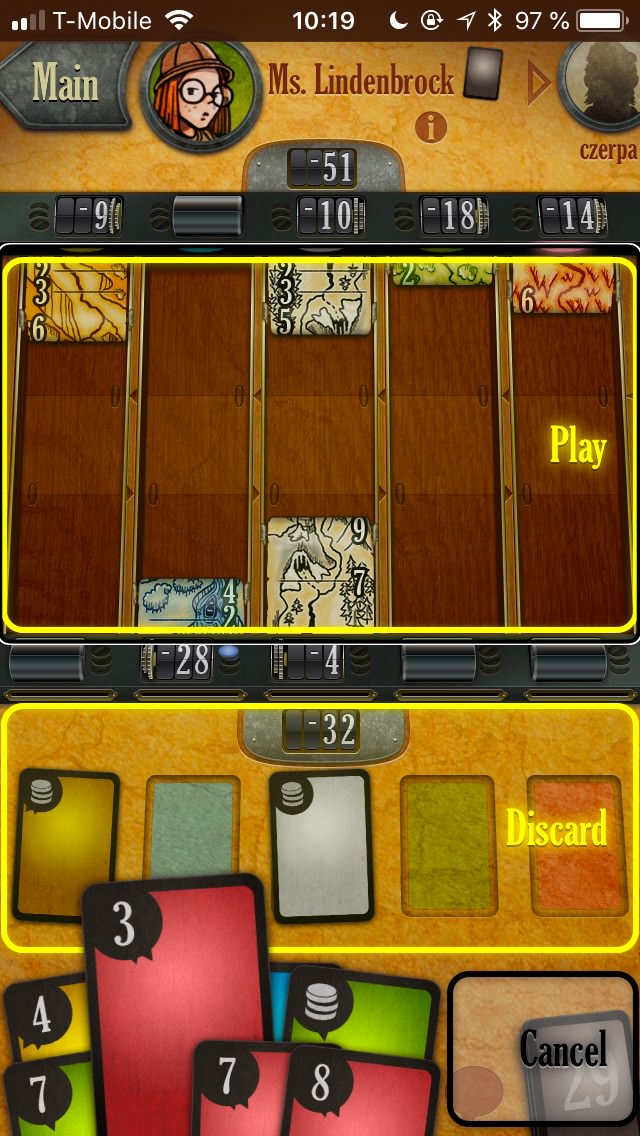 An ongoing game and the corresponding VoiceOver feedback complete with hinting.

The last few weeks we spent on making Lost Cities completely accessible with VoiceOver. That means it’s now possible to play the game without looking at the screen at all. VoiceOver will announce cards played, the content of lanes including the current points and other helpful information to minimize touch interaction while playing.

We wanted to make Lost Cities as enjoyable for players with vision impairment as for anybody else, and judging by the first round of feedback we got it seems we seem to have succeeded at that.

We’ve learned a lot by taking the step to fully support VoiceOver in Lost Cities. It took a moderate amount of extra work, but in the end it opened up the game to a whole new community of players.

Update 2019: Sadly iOS 13 seems to have broken this support. We are aware and trying to find workarounds that are doable.